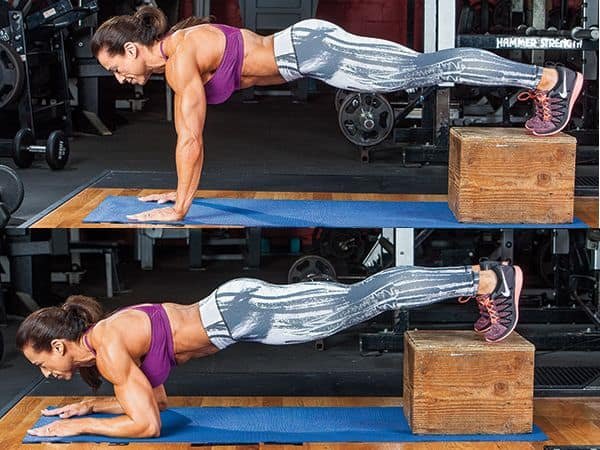 Sphinx push-ups are not widely practiced but can be really effective and beneficial. The sphinx pushup is named after the mythical Egyptian creature, known for riddles. Though there are no enigmas about the exercise. It is an effective exercise that enhances your triceps without the usage of weights. This exercise is mainly for the experience and expert level people, who require high-intensity fitness routine.

Sphinx Pushup is a combination of the plank with the forearm push-ups, which effectively works on the chest and triceps muscles. In addition to this, it also works on other muscle groups that a regular pushup would work. Incorporate sphinx pushup into your fitness routine to avoid the monotonous nature of regular push-ups.

It is a calisthenics fitness exercise that is believed to have originated in ancient Egypt. Sphinx pushups mainly improve the triceps muscles. To a certain degree, it also enhances the chest, abs, and shoulder muscles—a variation of regular push-ups that require nothing more than a mat, proper technique, and positive energy.

In this segment, we will discuss the technique involved and the different muscle groups it works on. We will also go through the benefits of the exercise and the dos and don’ts involved in it. Learning sphinx push-ups isn’t difficult at all, but it can be challenging at times. If you don’t have the required strength and experience, it is recommended to work on it.

Sphinx exercise can be quite beneficial for the upper body workout. It helps to enhance the core strength really quickly. It is advantageous to incorporate exercise into your daily fitness routine. The following are the steps to perform a perfect sphinx push up.

Ensure you follow a proper breathing pattern while performing Sphinx Pushup. Breathe out as you push yourself up and breathe in as you complete the pushdown movement. Remember, breathing is as important as knowing the right technique. Though this exercise is named after a mysterious creature, there is no conundrum about the steps involved in performing the right sphinx exercise movements.

What muscle group do sphinx pushups work on?

This exercise works primarily on the shoulders, chest, and abs. It improves the strength of your abdominal muscles while enhancing the load-bearing capacity of the shoulders. It increases resistance power in your shoulder that can be really effective for performing other challenging variations of the standard push-ups.

Other muscles that it works on – are the triceps. Performing this exercise be a little tricky as it requires control, strength, and mental abilities. Also, if you previously had any kind of shoulder or back injury, it is advisable not to attempt this exercise. It can worsen your injuries even more. So get in touch with your fitness guru and consult before attempting the sphinx push-ups.

Dos and Don’ts of Sphinx Pushup

Can you do pike pushups every day?

Initially start aiming for 1 – 2 sets of 5 – 10 repetitions daily. As you keep on building more triceps strength and powerful core, gradually start increasing the numbers. You can even try the easier version, by getting on your knees as discussed above.
When you have started to get a better feel for the exercise, increase the number of sets and repetitions. Perform the exercise on your toes for 2 – 3 sets of 8 – 12 repetitions.
At the advanced level, attempt 12 – 15 repetitions per set. You can even try out the difficult variations of sphinx push-ups at this stage. The variations of this exercise will be discussed in the section below.

The exercise routine can get monotonous quite quickly. And when things get monotonous, it creates a negative impact on the fitness regime. Imagine your fitness routine without any energy. It will certainly turn out to be a sad story.

To avoid such things from happening, it is always suitable to add variations in your exercise and increase the intensity levels. Sphinx push-ups can be performed with many different variations. These variations are as follows.

Regular push-ups and sphinx push-ups more or less work on the same group of muscles. However, a slight difference between this two exercises can be reckoned on the triceps muscle. Sphinx push-ups are true triceps exercise that provides muscular triceps without performing any weight exercise. Regular push-ups are good, and they also help you build a strong core and other upper body muscles. But incorporating variations in your fitness routine is an effective way to keep your entire body active and enthusiastic.

For someone, who wants to attempt difficult versions of regular push-ups, sphinx push-ups are definitely something worth trying. Sphinx push-ups also serve as an alternative to close grip push-ups. Close grip push-ups require you to keep your hands close, thus exerting more stress on your triceps muscles. It might also be due to lack of mobility in your shoulder muscles.

If you are uncomfortable doing the close grip push-ups, do the sphinx push-ups. It will get you those stronger triceps. Like regular push-ups, you can even try and incorporate the sphinx push-ups in your daily fitness routine. And in a matter of week times, you will be able to feel more stability and control in your body.

This variation isn’t favored much by fitness fanatics, but it is more beneficial than what people might reckon. Yes, it can be challenging to attempt because of the control and balance it requires; but it isn’t that difficult as compared to other variations of regular push-ups. Integrate this exercise with other weight exercise and start working on those triceps.

During the initial phase when control and balance are hard to maintain, you can try this variation by attempting it on your knees. This exercise is useful because it puts more emphasis on the triceps as compared to the chest. Regular push-ups will help you with a stronger chest. This push-ups will help you get stronger and broader triceps. So don’t worry, follow the steps and ace the sphinx push-ups. They are a joy to perfect and ultimately to accomplish.

A Complete Beginner’s Guide to Calisthenics 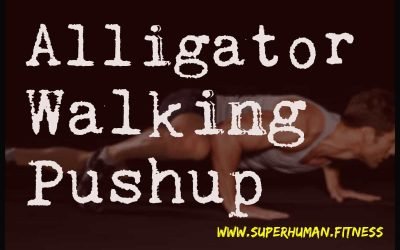 The pushup is one such exercise that will top the list of any of popular exercise, and it is for a good reason. This exercise is considered to be one of the best compound and full body exercise, which you can perform. And it works on nearly every muscle in your body....

Sharing the article on social media also enables you to come back to the article and re-learn!